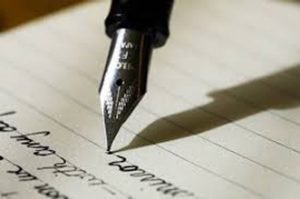 The following comments were tabled by the Muskoka Ratepayers during the Public Meeting on August 12, 2022


Good morning, everyone, my name is Don Furniss, 1208 Beaumaris Road, Beaumaris, ON P1L 0M8, I am speaking today on behalf of the Muskoka Ratepayers Association

The Muskoka Ratepayers Association (MRA) fully supports all OP initiatives and policies to enhance the environment, economy and societal well being of our people, consistent with need and affordability.  The MRA would like to make some general observations and a few specific comments in the very limited time allotted to provide input on a 250-page document.

This OP fails to examine and evaluate both successful and failed objectives in the current 2008 to 2022 OP.  The MRA’s concern is that in 2046 the TML will have no data, no baselines and no concrete results to judge the success or failures of objectives and goals in any OP.    However, there will be a series of added costs for site plans, enviro and causation studies, plus inspections with no quantifiable benefits.   While no one can argue against the “Motherhood and Apple Pie” General Objectives in B2, there must be specific goals to quantify and judge successes and failures.

Staff has advised the MRA that they do not know the number of properties in the township in 2008.  Let alone the numbers or growth rates for waterfront, urban, rural or commercial properties over the past 14 years.  All we do know, is that in 2021 there were 14,992 properties in Muskoka Lakes. It would seem logical to the MRA to evaluate past growth along with the slight increases forecast up to 2046.  This type of analysis is just good planning, before implementing the restrictive changes contemplated.

Protection and enhancement of our environment, especially the water is of utmost importance to MRA members.  The District of Muskoka Watershed Council indicates improving water quality in successive Report Cards that is rated very good to excellent.  The Muskoka Lakes Association has reduced testing and is concentrated on areas that feed major lakes, because consistently testing non problem areas is a waste of money.

All this indicates to the MRA that watershed activities and development are not having a deleterious impact over the longer term.

The MRA believes baseline and change data for such parameters as phosphorous, e coli, BOD, algal blooms and invasive species (whatever happened to the horrors of loosestrife destroying wetlands 30 years ago).   This is absolutely essential information.  Based on the data we see, ratcheting up restrictions on property owners is currently unwarranted.

Waterfront vegetation seems to be a major concern.  Has the growth or depletion of vegetative mass (trees & plants on the waterfront and forests) been quantitatively evaluated over successive Official Plans?   The MRA suspects there is no concrete data to even contemplate a correlation between lot size, set backs and water quality. They are perceptions at best.

In 2006 waterfront lots of 100 straight line feet were permitted, in 2008 it was increased to 200 feet.   Can the TML quantify the improvements that resulted from this change? Today the OP minimum proposed frontage is 300 feet and more on some lakes. Can TML quantify the short comings of 200 feet or the expected benefits of 300 feet?

The MRA finds it paradoxical that Lake Joseph with its’ slow water turnover, phosphorous sensitivity, steep rocky shoreline, small watershed, lake trout population and significant development during the current OP remains at the current 300 ft.   Is there a logical explanation with concrete data?

The MRA approves of the reduction in dwelling size on smaller lakes.  However, on the larger lakes the OP still permits a 7500 square foot dwelling and a 3 slip, 2 story boathouse with almost 5,000 feet of above water decking.   This seems contrary to the waterfront slant of this whole OP.

The MRA would like to comment on the implementation of Recreational Carrying Capacity (RCC) in this proposed OP.   In an informal survey of 9 people who were asked what their understanding was of the term “Recreational Carrying Capacity, regarding lakes”.  Almost everyone responded it had to do with controlling the type and number of boats on a lake.    Like the Democratic Peoples Republic of North Korea, which certainly is not democratic or a republic, RCC has nothing to do with recreation or carrying capacity.  It gaslights the public.  Let’s call it what it is, a cap on the maximum number of lots permitted on a lake.

About 50 lakes and an unknown number of channels and coves have been identified for inclusion.   The same formula is used for every lake, no allowance is made for a multitude of factors that give each lake unique characteristics.   The District has restricted lot creation on only 4 lakes.

RCC makes no allowances for a property owner with 100 feet of frontage or 1,000 ft of frontage. The MRA notes that this version of the proposed OP excludes a hard cap on the maximum number of lots, primarily due to potential legal challenges, but it opens any consent application to the vagaries of future councils and horse trading away property rights.

In concluding, the MRA believes this proposed OP is elitist. It is very light on economic development, affordable/attainable housing, but exceptionally heavy on waterfront restrictions that impact the more modest property much harder than a premium large lake property.

The MRA would like to thank committee and staff for the opportunity to present a few of our concerns.

About the Author: Don Furniss