To: Mayor Harding and Council 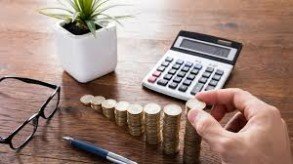 The MRA would like to thank Treasurer Donaldson, staff and Council for their early presentation of the 2021 Draft Capital Budget and Ten-Year Forecast. We also believe that taking the Ten-Year Capital Plan (the big picture) in conjunction with Muskoka Lakes recently completed Strategic Plan is the absolutely right approach, to ensure coordinated and integrated plans are developed and can be justified to all citizens.

The MRA has looked at our Township Council’s desire over the past few years to minimize any tax increase and to even consider budgets that did not cover annual inflationary creep. This we viewed as four-year short-term thinking. We liken this to our Township’s assets and infrastructure being treated like an old home with a cracked foundation, rotten windows and a leaky roof, being patched up every year rather than renovated and brought up to current standards, just to save a few points on the levy. Let’s be clear, the MRA certainly wants all taxpayer dollars to be used wisely and judiciously. However, our residents expect a safe, enjoyable and livable Township, NOT one with crumbling roads, obsolete fire and rescue equipment, poorly maintained parks, trails, wharves, and buildings that discourage rather than encourage public usage and inhibit our Township’s ability to attract talented employees.

While there is a huge increase in proposed capital spending to almost $77 million over the next decade, the MRA believes this amount is probably understated. In the 2016 budget (5 years ago) the forecast capital requirement for 2021 to 2025 was $17.7 million verses $39.8 million in this year’s budget, a 224% increase.

Perhaps Township staff are getting better at forecasting, or more assets are now included, or the service standards have improved. The MRA does not know the answer, but it raises a huge red financial flag going forward.

These huge swings in forecasted capital requirements even year over year make funding allocations impossible. For example, the Ten-Year Capital Forecast for the years 2021 through 2025, varied 40% in 2018, 56% in 2019, and 12% in 2020 verses what is now required in the 2021 plan. This obviously raises questions on the efficacy of the Township’s capital forecasts.

The MRA is not going to comment on every line item in the Ten-Year Capital forecast, but we would like to provide some high-level suggestions and comments for staff and Council to consider going forward:

The MRA is very pleased that three-year operating budgets are becoming a reality this year. Council and staff are to be complimented.

The MRA appreciates the opportunity to provide input on the Ten-Year Capital Forecast and 2021 Capital Budget and look forward to providing separate input on the 2021 Operating Budget.

About the Author: Doug Bryden