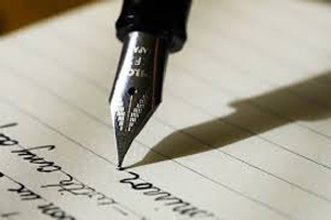 The MRA has traditionally been, and continues to be focused on the economic growth of our community, the social vibrancy of the Township, and the congeniality and positive interconnectedness of our permanent and seasonal populations. We recognize that no community can stand still over time, but must grow and reflect new and sometimes disturbing events and trends that are unsettling to past memories and personal preferences. This often means sharing our community with newcomers who have new ideas, who see and take advantage of new opportunities that change the landscape, tax our infrastructure, and introduce conflict and sometimes heartache. The challenge is for the traditionalists and those who like it “just the way it is” to accept the changes which are impacting the Township, and understand that any community – our community – requires new revenues and support businesses to meet ever increasing budget requirements.

The Resort Village of Minett is the latest example in the Township where development cultures have clashed, tensions displayed, and frustrations abound over proposals for significant new development which could have serious negative impact on road infrastructure, water front density and appearance, and lake over-use. Sensitive management of the conflicts between existing property ownership and developer communities is hugely important, and it is essential to complete all appropriate studies and reports to mitigate unhappiness and reach compromise. The role to be played by the Township Council is not only essential, but indispensable. Council must ensure that protocols and processes are followed, are seen to be fair to all concerned, and are publicly aired.

Because of our concern for the need for good governance, the MRA attends all meetings of Committees and Council, and reports to our membership accordingly with regard to the significant happenings and decisions of Council. From time to time, (and more regularly recently), we have seen some slippage in the commitment to the Township procedural by-law which asks that those wishing to make a delegation inform the clerk seven days prior to a meeting in order to have the issue/application added to the official published Agenda. This time period allows the public and all those with an interest in the issue/application to appear and/or delegate at the meeting, hear the delegation of others, and given a chance to respond or rebut if appropriate.

At the last Council meeting held on May 18th, 2018, we believe that the democratic principle of fairness was blatantly disregarded. Councillor Edwards asked that an Interim Control By-law be added to the agenda at the beginning of the meeting. A resolution outlining needed studies and a draft Interim Control By-law demanding draconian development and construction controls over a large designated area in the Resort Village of Minett, WITHOUT PRIOR PUBLIC NOTICE OR NOTIFICATION OF ALL INTERESTED PARTIES was presented to Council. The proposed Interim Control By-law had NOT been written by staff, vetted by Township Counsel and due to its last minute introduction, was only given a cursory review by staff. Still, the By-law was passed on a vote of 8 to 2 (only Councillor Ledger and Mayor Furniss had the courage to vote against), and the negatively impacted parties had no opportunity to voice their opinion. The decision covers a one year period and cannot be appealed even by those who have property in the affected area.

In the opinion of the MRA, the Township Council has made a serious error in judgement. It acted in an unethical manner. It showed a total lack of respect for its own protocols and regulations which have traditionally been relied upon by the public doing business with and in the Township. It has set a very bad precedent. It has sullied the reputation of the Township for fairness and openness. It has unnecessarily hurt those who have building permits with construction underway from allowing their developments to be occupied. It has negatively impacted construction contracts already negotiated and sub trade employment, and it has opened up the Township to the potential of law suits.

Further, this action will also require the Township to undertake and pay for various studies that would normally have been to the account of the developer, but now will be an additional substantial cost to the taxpayer.

We at the MRA are more than a little disappointed by this action and disrespect for process. It has successfully rewarded those frustrated and angry at changes impacting their community – but, oh! At what cost!

It is never wise to pass draconian By-laws as a surprise. It can only lead to unfortunate outcomes.

Here is our suggestion:

In three months’ time, or earlier if possible, AND after Township Counsel and appropriate staff review of the proposed By-law, AND after routine notification of all affected parties and the public at large, put the By-law back in front of Council for reconsideration. After reasonable debate and discussion, and importantly, some appropriate input to the proposed By-law from those affected, Council can vote on it again, and then we can all live with the result.

In conclusion, and to be clear, MRA members may agree with the concerns which have been expressed regarding development in Muskoka. However, we cannot and do not condone the non-transparent and unfair manner in which this matter has been handled by Township Council.

About the Author: Liz Denyar